Trudging through the beans and educating oneself….

Two years later, many downloaded web pages, Alpacas 101, and plotting, we needed to convince just one more person about the benefits of owning and raising alpacas, my daughter, Alexis, who we moved out to the farm with her two children, Pete and Maddie.

My husband, Michael and I had already decided where to erect a barn and paddock area, how many alpaca we should start with and had gotten the ok for our daughter to move out to the family farm, we just needed to convince our daughter that this wouldn’t be time consuming and that she could continue to pursue her cupcake business, Fluffy Fae Cupcakery. After all, they WERE living in the country now and Pete, our 8 year old grandson wanted to go into 4H and what better project than showing an alpaca????

We called Carol Hudgens at Stone Bluff Farm Alpacas where we had initially gone to meet our first camelids in person and set up a day when we could bring Allie, Pete and Maddie over. Carol was ecstatic that we were finally going to be moving forward.

The minute we pulled into Carol’s lane I heard air being sucked in and audible “Awwwww’s” from the back seat. Michael let us out and then pulled into the parking area a ways up. Carol was there at the barn to meet us and introductions were made, as Carol explained that she separated everyone so Allie could get a good look at them.

Babies and juveniles were in one area, maiden and proven girls were in one area, young male herdsires, another area, two gelded males in a separate area, and the king pin, the top dog male Herdsire, Stewart St. John was in the back area.

Carol let the babies, juvies and girls all out at one time and there stood our grandchildren in a sea of alpacas in every color and size, smiling like they were in Disneyland! They were in heaven and one glance at the look on Allie’s face told me that we would be making a deal before the day was out.

We spent a lovely day with Carol and John and her house guests, Robert, Birgit, Fiona and Samuel from Austria and spent time with the alpacas, getting to know them and trying to make a decision on who we exactly wanted!

The juvies and babies followed Pete and Maddie around like puppies, curious and playful, except for two of them, Zorro and Hope.

Hope had a very very rough beginning in this world. Carol found her on a particularly could morning, barely breathing. Rushing her to the local university the Vet’s and their team saved her life. She was handled a lot and is very very leery of people  now..she is was only a couple months old when we met her.

Zorro on the other hand has a James Dean type of swagger and seems to be too cool for anyone….or so he would like you think. Pete and Maddie did their best to get over to him to  pet him, trying to lure him, sneaking up on him, playing with the other babies….and nothing worked. I tried, Allie tried and Michael tried and he just seemed to roll his eyes and walk away….so Michael, who was taking pictures that day, sat down. Michael began clicking pictures of all the others when suddenly, to his right side he noticed movement and glanced over to see Zorro, ignoring him. 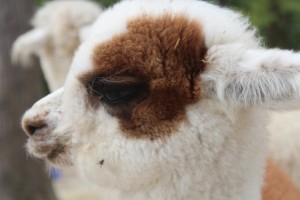 He stood there a still as statue and then suddenly, while Michael was still shooting, this is what came up in the camera lens next: 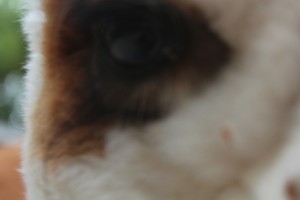 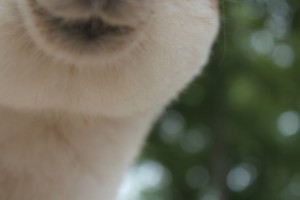 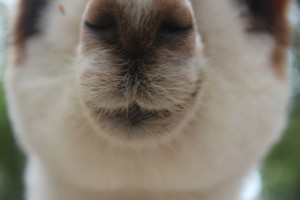 So, guess who suddenly became a subject of interest to Michael?

We talked about two of the girls, Reina and Athena, and thought that might give me enough fiber for me and a couple family members and not be overwhelming to start with for Allie and the kids. We walked out and talked and talked and decided to tell Carol. Carol made us a great deal and while she repeated, “Reina and Athena” my wonderful husband piped in and said, “and Zorro”. WHAT??? I thought, Zorro? I then saw Allie grinning ear to ear, Pete and Maddie jumping up and down and thought, conspiracy.

So now, we have purchased Reina, and Athena who is due October 17 with our first cria and Zorro. But I have to also say that we have one more girl waiting for us to purchase in the Spring, Chocolate Mousse.

So now, my friends, you have been given front row seats into our life as alpaca ranchers. We are virgins, we have never slopped hogs, milked cows or fed chickens BUT we are in love with these animals and willing to give this one hell of a shot, so here we go………

My husband and I are Baby Boomers who live in Central Illinois. We are embarking on a new adventure with one of our kids, Alexis and our Grandchildren, Pete and Maddie. After falling in love with alpacas, we purchased three, two adult females (one is pregnant) and a 2 month old male. This is our story.
View all posts by Lynne →
This entry was posted in Uncategorized. Bookmark the permalink.

2 Responses to Trudging through the beans and educating oneself….